Address the Issue, also known by the initialism A.I., is an American creative duo consisting of artists and activists Seth Cook & Joel Fuller. They first met while pursuing their Master's Degree in Fine Arts at Indiana University, Bloomington, in 2017, later starting their collaboration in 2019. Their work addresses moments of racially motivated conflicts in America that too many people want to dismiss or forget. With each passing month, the year 2020 has brought awareness to the division still present amongst black and white Americans. Now, A.I. sees their collaboration as a way of highlighting these polarizing perspectives that seek to further divide the country, which cannot be recognized or empathized when separated. The global pandemic has motivated them to push the issues, going deeper into subject matter that some would consider controversial.

"Address the Issue" is a photographic diptych series exposing the racial divide still present in America, and how the country continues responding to moments of racial tension. Inspired by William Pope L., satire is used not just to examine the stereotypes surrounding race but also to dissect the damage these preconceptions do to black and white individuals and, more broadly, to society. This includes but is not limited to the continued use of blackface, black cultural appropriation, and black people being seen as commodities of entertainment, objects of obsession, subjects of fear, and victims of brute force. It is in this recognition that we understand the racial divide still taking place in what we were raised to believe was a "post-racial" America.
For more information on Joel Fuller and his work, please visit his website at http://fullerfusion.com 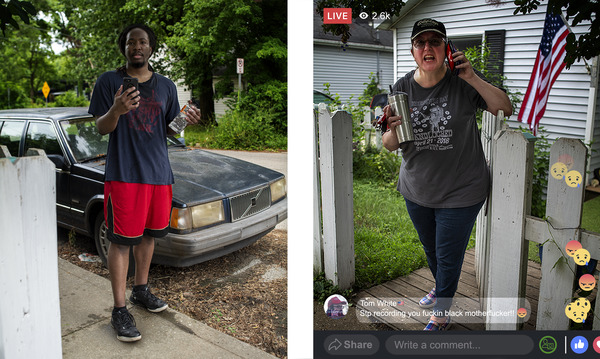