"What I Saw in the Water' reflects the destruction of the Gulf Coast by showcasing the catastrophic misuse of environmental control. The practice of controlling nature originated to manipulate the environment for humanity's benefit. On the Gulf Coast, this manipulation takes the form of off-shore oil drilling, fracking, levee steering, embankment division, and pipeline transports. Despite disasters such as the BP oil spill and levee mishandling, which led to the horrific aftermaths of Katrina and Rita, these practices continue today, further leading to the erasure of the southern coastal region - its ecosystem, culture, and communities.

The photos that make up this body of work were taken along the Bayou Teche in south-central Louisiana. They contain landscapes, swamp-scapes, and pictures of loved ones that come together on the same picture plane. Through the process of image transfer, the photographic surface is exploited as though it were wet paint. This manipulation leads to the warping, removal, smearing, or re-application of the original image, allowing the surface area to build up a grotesque-like texture. This texture becomes symbolic of the evident destruction taking place and how the local communities are at risk as much as the environment.​ The catastrophe surrounding the Gulf is something still grieved. It has been so long since Hurricane Katrina and the BP oil spill, and yet the damage remains on the bottom seafloor, waiting to resurface. 'What I Saw in the Water' brings memories from the Gulf Coast into the contemporary space, reflecting the grief and sorrows of past catastrophes that still haunt many to this day. 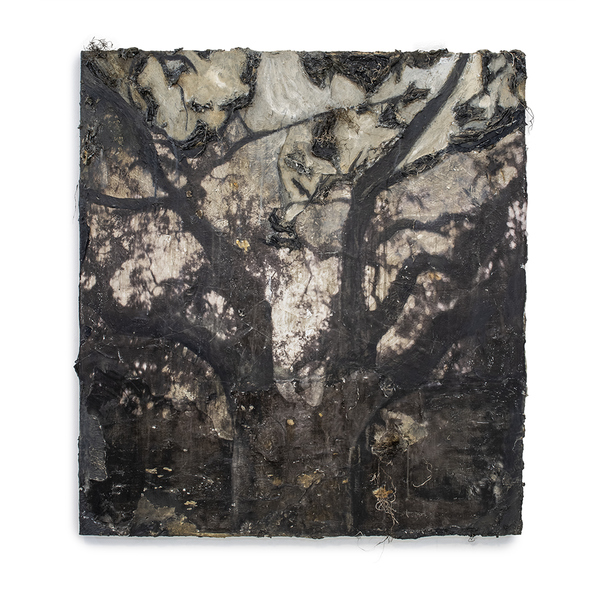